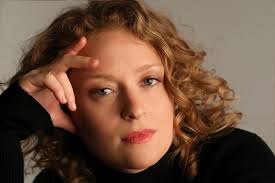 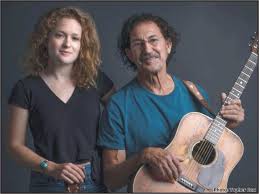 ‘Sometimes we are lucky enough to catch and up-and-coming artist as they fly into our radar.  This is one of those times’

The above statement certainly applied to Alice Howe when she performed for THL, accompanied by Freebo, in September 2018.  It was a lovely evening and a surprise to see first-hand how good Alice is.

Since then Alice has moved from Boston, Massachusetts to LA and last year recorded her debut album ‘Visions’ in Bakersfield with an ace band.  Bakersfield sun-bleached grit became a creative counterweight to Alice’s lush New England naturalism.  American roots music became her playground with blues, bluegrass, folk and pop defining the sounds on ‘Visions’, all anchored by her rich soprano voice.

The album is a modern love letter to 60’s and 70’s American folk music, paying homage without succumbing to imitation, and offers an intimate snapshot of a young artist discovering her own power.

Howe’s path to up-and-coming artist seems both fated and winding.  She grew up in Newton just outside Boston, in a home filled with music and art.  Her grandmother lived next door, and Alice would often disappear to wander through her garden for solitude and turn her experiences into songs.  She left home to study at Smith College, graduated and moved to Seattle before winding her way back home.  Whilst music was always her companion, it didn’t become her profession until she attended the Folk Alliance Conference in 2016.  There she met Freebo, Bonnie Raitt’s beloved bassist for a decade and veteran of collaborations with Loudon Wainwright, Ringo Starr, Neil Young, Dr John and others.

Alice knew she had found the ideal collaborator and since their UK Tour of 2018 have toured the length and breadth of America.  As more and more listeners discover Howe, she is hopeful and thankful that her life’s labour has finally become her focus and brought her to this point.

‘Support will come from Town Hall Live favourite Danny Bradley, who will launch is long awaited debut album at the concert.  Danny has supported headliners on numerous occasions with The Crash Blossoms and as a solo artist, and on each occasion has been called back for an encore.’

Advance Tickets for this concert are priced at £13.50 and can be obtained from Costcutter (Kirton), from Brian on 01652 649230 or brianchudley@btinternet.com or from www.wegottickets.com.