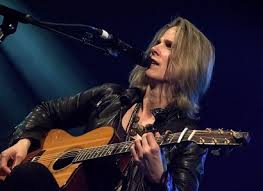 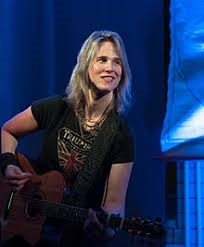 At first listen, Lynne’s warm but gritty music leads you to think of the America’s south.  It is too tough for folk and too blues influenced for country.  Her brand of ‘porch music with a little red dirt, can turn on a dime from a sunshine, blue sky ballad into a full on thunderstorm of gritty Americana swamp from one song to the next.

Lynne is known for her high energy and guitar driven live performances, whether playing solo, with the excellent Blair Michael Hogan or with her band.  She has an uncanny way of connecting with her authenticity that is entertaining and disarming.  Her sense of humour and spontaneity as a storyteller is likely to have been honed from years of competing with eight older siblings at the dinner table.  And speaking of tables don’t be surprised if she hops on one to play unplugged for a song or two.

This concert was originally planned for 2020 and 2021, when she had just released her eighth studio album ‘Just Words’ on which every song is a gem of musical proficiency.  During the isolation of lockdown, she and Blair recorded a new album ‘Ice Cream in November’ in their home studios over a two month period in late summer 2021.  It is due for release in April and covers many genres and is full of dreamy blues rock numbers.  One thing is for sure, there will be nothing vanilla about ‘Ice Cream in November’!

Lynne’s previous performances at Town Hall Live have been a joy and we are sure that this concert will be no different.

Support will come from KATE ELLIS who will be making her third appearance at THL.  Kate was born in Louisiana and raised in New York and has been based in London for several years.  She has recently released her new album.  Her music is intimate and evocative.  Her emotional and seductive vocals take you into a world of private beauty, reflections and feelings,