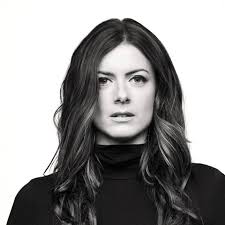 ‘Callaghan’s extraordinary voice truly sets her music apart, it is nothing short of stunning’ – No Depression.

Following Callaghan’s last appearance at Town Hall Live in June 2019, a lot has happened in her life.  In early 2020 she was all set to tour across the UK and America, but only got to do one show before the pandemic closed down live music.  She moved back home to Grantham, had baby Annie and has relocated to Cirencester.  During the pandemic she’s been performing regularly on line, writing and recording.  Her THL concert will be the start of her 2022 live shows.  Her latest project ‘Callaghan’s Acoustic Coffee House Volume 3’ will be released just before the show.

Being a Lincolnshire girl, her previous concerts in Kirton have been extremely popular and have all sold out.  This one is expected to be no different.

Callaghan’s story is well known.  In 2010 she moved to Atlanta to record her debut album with Shawn Mullins, who continued to mentor her.  Ten years of performing and winning fans all over America followed.

In 2015 she recorded her second album ‘A History of Now’ in Nashville and toured the UK.  Her profile built rapidly in the UK with three singles play listed on BBC Radio 2.  Bob Harris and Gaby Roslin are big fans.

Her journey west continued with her third studio album, simply called ‘Callaghan’ which was made in LA.  In between she released a live album ‘Callaghan Live in America’, several EP’s and the first two of her Acoustic Coffee House albums.

Live, she performs piano and guitar and a stunning vocal performance, which draws comparisons with Sarah McLachlan, Eva Cassidy and Carly Simon, Her song writing chronicles the stories, experiences and emotions which are part of everyone’s lives.  Her songs range from joyous anthems like ‘Best Year’ and Crazy Beautiful Life’ to emotive ballads like ‘When You Loved Me’ and ‘Broken’.

Advanced tickets for this concert are priced at £14 and can be obtained from :

The Londis store in Kirton, from Brian on 01652 649230 or brianchudley@btinternet.com or www.wegottickets.com.