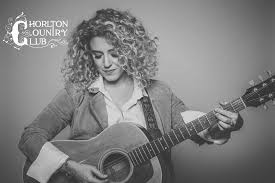 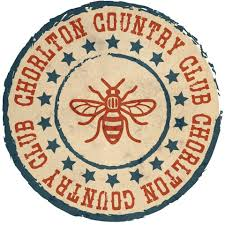 What started as a local jam night for roots music enthusiasts, ​Thomas Dibb, Mark Lewis, Lauren Housley ​and multi ​AMA award-winner Chris (CJ) Hillman (Billy Bragg, Yola),​ has blossomed into one of the North’s favourite spots to hear the best in UK and overseas ​Roots, Americana, Blues​ and everything in between.

The monthly night has seen the likes of ​Robert Vincent, Danni Nicholls, The Honey Dewdrops (Virginia) and Canadian Bluegrass trail blazers ​The Slocan Ramblers ​grace the stage at one of Manchester’s hidden gems, ​The Carlton Club ​in Whalley Range.

In addition to the core band members of Lauren, Tom, Mark and CJ, Chorlton Country Club play and record with some of the UK’s finest and most experienced musicians, including harmonica player ​Clive Mellor (Richard Hawley, Liam Gallagher, James) ​and famed session drummer ​Dave Hassell​, both of whom perform with the incredible Manchester line-up ​Stevie Williams and The Most Wanted Band.

Recent adventures for Chorlton Country Club have seen them represent the Arts Council UK and the ​British Underground ​at ​Folk Alliance International ​(FAI)​ ​in Montreal. As well as performing 6 showcase slots at the festival, Mark and Tom also undertook a commission to make a documentary about FAI under their new independent film company ​Northern Cowboy Films.

Now Chorlton Country Club take their ​iconic roots music collective and live music experience out on the road in September and October.  The shows will feature a host of special guest appearances by the likes of Danni Nicholls, Robbie Cavanagh, Demi Marriner and others.

The seven date tour will celebrate their debut studio album ‘Volume 1’, released on their own Triple C Record Label.  The record features some of the greatest American songs of the last 50 years including, Take It To The Limit (Eagles), To Love Somebody (The Bee Gees) and The Night They Drove Old Dixie Down (The Band).

Advance Tickets for this concert are priced at £14 and can be purchased from the Costcutter  (Kirton), from Brian on 01652 649230 or from www.wegottickets.com.