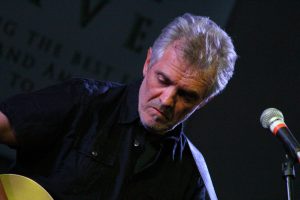 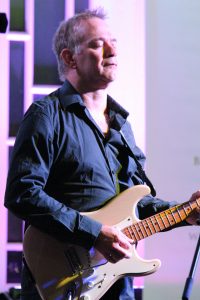 It is incredible to think that it is over Three Years since Matthews South Comfort, featuring Iain Matthews and guitarist BJ Baartmans played at Town Hall Live.

Iain Matthews, originally from Scunthorpe, worked for Jack Tighes in Kirton.  He left the area in 1967 to seek fame and fortune in London.  He was the founding member of Fairport Convention and was the vocalist for the innovative band’s first three albums which changed folk music in the UK.  He moved on to create Matthews Southern Comfort, exploring his interest in American music.  In 1971 they had a No. 1 hit with Joni Mitchell’s ‘Woodstock’.

Iain went on to form and play in Plainsong for 20 years, whilst at the same time pursuing a solo career in America, releasing numerous albums.  He relocated to Holland in the 90’s with his wife and family and immediately formed a duo with Ad Vanderveen and they then added Eliza Gilkyson to form More Than a Song.

Never one to dwell on past successes, Iain reformed Matthews Southern Comfort in 2005 simply because he didn’t feel he got it right the first time.  Originally a vehicle for his musical concepts, fifty years on the sounds and songs just keep coming.  The band released a ‘New Mine’ in 2020 and Iain is now as busy as he has ever been.  In early 2021 he released the album ‘Fake Tan’ with Norwegian band, The Salmon Smokers, and now he has teamed collaborated with the MSC lead guitarist BJ Baartmans.

Iain met guitarist, singer, songwriter and producer BJ in 2003.  A mutual respect for each other’s talents developed and they have been playing and recording together more or less since then.  BJ was a founder member of the reformed MSC and has worked with American singer songwriters Oh Susanna, Jeff Finlin, Amy Speace and Cara Luft.

When last year’s pandemic forced all performers of the road, Iain and BJ began writing together in earnest and made plans to record and tour as a duo once restrictions were lifted.  Calling themselves ‘The Matthews Baartmans Conspiracy’.  Seventeen songs later, their new album ‘Distant Chatter’ and accompanying EP ‘Close Call’ were release in September 2021.

It is a collection of rootsy Americana songs with an adventurous, gritty and colourful side to it.  Intriguing harmonies and ear catching hook lines.  Iain and BJ call it an album that had no other options but to be made.  In November 2021, playing both old and new material, the pair can be seen on stages across Europe and in February, 2022 they are in the UK and they are back in Kirton.

Advance Tickets for this concert are priced at £14.50 and can be purchased from the Londis store in Kirton, from Brian on 01652 649230 or by email at brianchudley@btinternet.com or from www.wegottickets.com