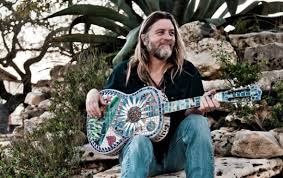 Walt Wilkins from Austin, Texas is a songwriter, singer, producer, troubadour and traveller.

Walt chose to go full time 25 years ago, a calling he answered, the life he chose, the way he made his way.  He classes it as a spiritual quest, an amazing trip at turns heart breaking and transcendent.

During that time he has made nine solo albums, plus a further four with his band The Mighty Mystiqueros, one with his wife Tina and a new live record with his friend Kevin Welch.

As a songwriter he has had more than 100 songs recorded by other artists, such as Kenny Rogers and Ricky Skaggs,

As a producer, he produced the first two albums by Sam Baker and gets to work with other inspiring artists at his Jumping Dog Studios in Austin.

As a musician he plays all over Texas and a much of the US as he can and, in his second home of Holland.  Now he is coming over to the UK for his first ever tour.

Walt also has his ‘anchors’, playing the world renowned Saxon Pub in Austin with The Mystiqueros on Wednesdays, in Luckenbach, Texas on the first Sunday of every month and in numerous Festivals across the State.

Mostly he drives, plays, sleeps and dreams.  He regards himself as a most fortunate man!  It’s a rich experience, a wild ride and the way he makes his way.

For his dates in the UK Walt will be joined by fellow Mystiqueros , Bill Small on guitar and vocals and Bart De Win, of Matthews Southern Comfort on keyboards and vocals.

Don’t miss this opportunity to see one on Texas’s musical legends.  Advanced Tickets for this concert are priced at £13 and can be purchased from Costcutter (Kirton), from Brian on 01652 649230 or from www,wegottickets. 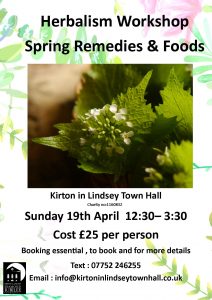