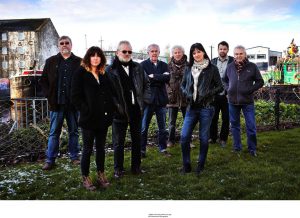 Phil plays innovative acoustic and electric bass.  He also plays with The Tom McConville Band and has been known to introduce a modicum of humour into the concerts.  His jokes are legendary!

Mick’s daughter, Rosie plays saxophone and piano and takes solo spots on more than one occasion.  She sings like an angel!

Ben is and outstanding accordionist, pianist and singer.  Among his many achievements include playing The Song Man in ‘Warhorse’.  Over the last two years he has performed the role in the world tour of the musical.  Hopefully he will be available to play this concert

And last, but not least Mick’s eldest daughter Frances plays flute, saxophone and dances like the champion she is.  Frances lives in Andorra and a Mighty Doonans concert at Town Hall Live wouldn’t be complete without her Irish dance segments

Advance Tickets for this concert will be priced at £14.50 and can be purchased from Londis (Kirton), from Brian on 01652 649230 of from www.wegottickets.com from mid-summer.  Get yours as soon as you can, they are sure to sell out. 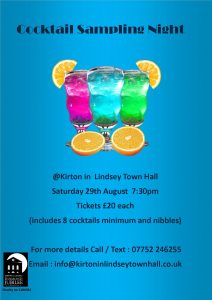 Today's waste not want not bags now on sale in the Town Hall foyer until noon.

£5 each whilst stocks last.
All welcome ... See MoreSee Less

Here at the Town Hall things are slowly getting back to normal, for a full timetable of events from September please follow the following link .