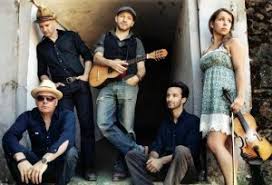 Remarkably, The Paperboys from Vancouver celebrated their 25th Anniversary in 2017.  For over a quarter century the band have been touring the world and lighting up stages with their freewheeling blend of influences from Celtic to bluegrass and Mexican music to Canadian roots and more.  What is remarkable about the band, is their ability to fuse all the different styles and make it sound that they came from the same place,

Their latest CD ‘Score’. As with all their others, is full of signature sounds: Spanish language songs that reflect leader Tom Landa’s Mexican heritage, explosive brass lines, celtic fiddle, penny whistle and English language rock songs with strong pop influences to produce a melting pot of sound that reflects the diversity of the band’s home city and a vision of what modern Canadian roots music should sound like.

The current line-up of The Paperboys features Tom Landa on vocals, guitar and jarana ( Mexican guitar), Geoffrey Kelly of flute and whistles, Kalissa Landa on fiddle and vocals, Brad Gillard on bass and banjo and Sam Esecson on drums.

The Paperboys are renowned for their energetic live performances and creats a buzz wherever they play, as Town Hall Live regulars will testify, as the band have played the venue on two previous occasions.  Their excellent musicianship creates a sound that fills the venue and the overall effect is exhilarating.

To say The Paperboys music is versatile is putting it mildly, as they have successfully blended many influences that recalls such bands as Horslips, The Waterboys and The Pogues.  You may also hear a laid back version of the Eagles in there also, for good measure throw in Trini Lopez and a dollop of Los Lobos and you get the picture.

The Paperboys are the best multi-lingual, multi-generational, multi-instrumental and genre bending band that you will ever hear.  It all adds up to a great night out.

Support will come from our old friend Dan Webster, who has been instrumental in bringing The Paperboys back over to the UK.  You will recall that Dan and his band played a great headlining concert at THL back in August 2019 and has always been well received in whatever format he has played over the years.

Advance Tickets for the concert are priced at £14 and can be obtained from the Costcutter store in the town, from Brian on 01652 649230 or brianchudley@btinternet.com or from www.wegottickets.com. 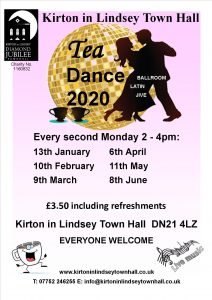