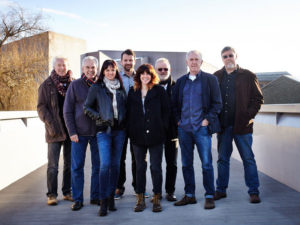 The Mighty Doonans have played ‘sold out’ Town Hall Live for three years running.  Now the UK’s biggest and best family band are back.

The Doonans have an enviable reputation for their imaginative interpretations of traditional and contemporary songs, none more so than the Sam Cooke tune ‘Bring it on Home’ or Eddie Pickford’s Johnny Miner.

Ben spent time away from the band in 2015 when he appeared as ‘The Songman’ in the West End stage production of War Horse.  In 2017 he reprised the role for the 100 year commemoration of the Battle of Paschendale.

It all adds up to a thoroughly entertaining evening that is sure to delight everybody in the audience.

The band’s promo video, below, see the band introducing themselves.

Advance Tickets are priced at £14 and can be obtained from the One Stop store in the town, from Brian on 01652 649230 or from www.wegottickets. 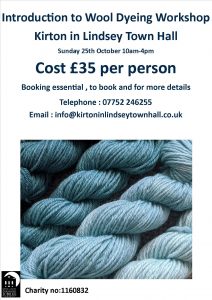 Just a quick post to let you know that given the new restrictions around socialising we are suspending our community lunch until further notice.

Our waste not want not bag scheme goes from strength to strength and will carry on as normal.

As ever, our Food aid project is there for anyone struggling to feed themselves and their families. ... See MoreSee Less

This week's 'Waste not Want Not Bag' contents.
Bags will hopefully contain fresh produce too but we won't know what until Friday Morning .

We are getting quite busy now and will also be doing some mystery boxes for when the advertised bags run out, just as good value just different contents .

We can now take card payments.
Friday morning 11-12 noon ( or until we run out) at the front of the Town Hall

We can deliver locally to anyone isolating.
To find out more about where our bags come from follow this link .
facebook.com/events/s/waste-not-want-not-bag-collect/871546976587619/?ti=cl ... See MoreSee Less