An Evening with Wilson & Wakeman

AN EVENING WITH WILSON & WAKEMAN 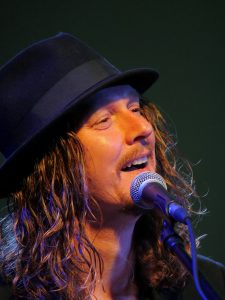 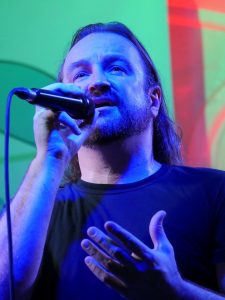 What better way to celebrate Christmas than with a concert from Damian Wilson and Adam Wakeman.  We welcome back the pair back to Kirton for their fourth appearance at Town Hall Live.  Their three previous concerts in 2018 – 2020 have been the highlight of the year for us.  Our concert is the last date of their delayed 2021 European tour UK Tour and, as always it is a privilege to have them play for us.

Adam Wakeman is best known as the keyboard player with Black Sabbath and Ozzy Osbourne.  He has played with them for over 15 years.  He has released nine albums with his father Rick, as well as releasing four solo albums.  He co-wrote the 2010 platinum solo album ‘Scream’ with Ozzy and has also toured with the likes of Travis, Annie Lennox and 10cc.

As a duo, Damian and Adam have released three albums, ‘Weir Keeper’s Tale’ in 2016 and ‘The Sun will Dance in its Twilight Hour’ in 2018 and ‘Stripped’ in 2019.  The latter is a ‘live’ studio album featuring songs from their 2018 tour and are the staples of their concerts.   It has just Damian and Adam playing acoustic guitar and keyboard and includes many of their own songs and choice covers such as Life on Mars and Feel Like Going Home.

Both are due to release new solo albums in November.  Damian’s is called ‘Limehouse to Lechlade’, which refers to the navigable length of the River Thames heading upstream from Central London to the Cotswolds.  Damian loved his many years living on river boats and travelling the Thames is special for him.  The album has an underlying concept throughout and also represents our journey through life.  Adam’s album is called ‘A Handful of Memories’ and his first contemporary piano in 25 years.  It is a reflection of Adam’s experiences over the years including family trips, his touring family and places that hold special memories for him.